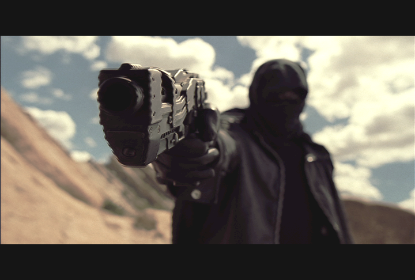 —————-
FINAL RUN was conceived by Ken Foley as a film for his senior thesis at Loyola Marymount University. While finishing up post on Ken’s previous student film project, DOMESTIC BLISS, he pitched producer Darin Kuhlmann a scenario about a mercenary in the future. Kuhlmann was intrigued and came on board immediately. Despite the fact that the actual class the film would be made for didn’t start for another eight months, they began work right away.

—————-
Because FINAL RUN was of the science fiction genre, Foley knew the project would not only require visual effects, but also unusual props, sets and locations. That meant planning everything out in as much detail as soon as possible.

—————-
Before he’d even finished a first draft, Foley recruited his friend Bill Hawk as Visual Effects Supervisor…and Production Designer…and Prop Maker. Hawk had experience in all the 3 fields and had built numerous miniatures both professionally and as a hobby.

—————-
As Foley refined the script, Hawk sent sketches of the ships, miniatures, and props. With the director’s approval he began construction of the miniatures (see FX), as well as maquettes for the sets. 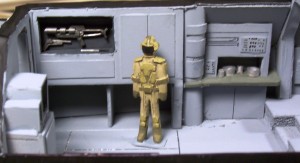 By the beginning of that next year locations were scouted and casting had begun. Because of its exotic look and close proximity to Los Angeles, Vasquez Rocks National Park was chosen to stand in for two alien planets. (The irony that some of the very same films/TV shows that inspired FINAL RUN, such as Star Trek and Outer Limits, had shot there was not lost on Ken)

—————-
By the time February rolled around, film class had begun, casting had started, and the script was locked down. While Hawk fabricated the props, Foley spent several days with storyboard artist Len Morganti breaking down the complex space battle and interior sequences.

—————-
After nearly a year of preproduction, FINAL RUN finally went before the cameras on location. That first weekend consisted of 1st and 2nd units as well as Bill Hawk shooting the Aurora miniature on his custom built wire rig. 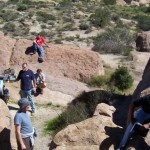 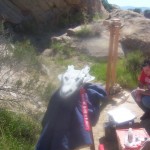 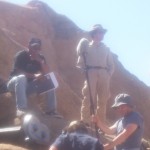 Next up was the ship’s interior. The set construction for Aurora’s interior had originally been planned to start construction a week before shooting. But when another student film went over schedule, that became impossible. Designer Hawk would now have only four days before shooting to build the ships cockpit, control panels, and cargo hold. He did, and that weekend the production was able to shoot on the Loyola soundstage as planned. 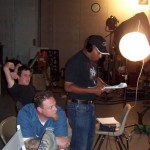 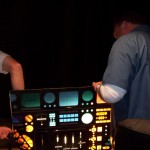 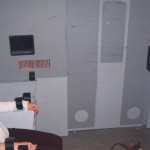 —————-
The production then returned to Vasquez Rocks for one frenzied final weekend of shooting both live action and effects before finally wrapping.