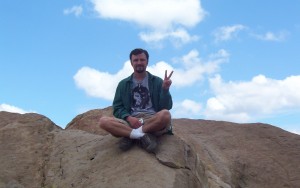 Darin began his career at 20th Century Fox in the company mailroom. He then worked at Orion Television and learned the ropes of post production before joining entertainment marketing firm, The Cimarron Group, as a Post-Production Supervisor, where he stayed for seven years where he became an editor.  In 1997 he began working at the trailer house, CMP where he became Director of Post Production. However, it wasn’t long before he was tapped by his former employers to start a new, fledgling post-production house named Picturehead in 2000, which grew under his guidance into one of Hollywood’s top post facilities.  In 2007, Kuhlmann left Picturehead and turned to filmmaking, providing his skills as a producer on The Pitcher and the Pin-Up, Slip, On the Border, Letting Go and an in-production documentary about Bishop Desmond Tutu.